I thought I should post some news and updates that have been in the works for the last while, especially to thank those who have been patient enough through the rough patches. Some news are more obvious than others, but I promise, they are all positive items, and I’m SO excited to be sharing them with you.

For those of you who have followed this blog for a while now, you may have noticed that the outlook of this entire blog has drastically changed. Over the last month, unfortunately the site was under the construction phase, and I know, it was not a pretty sight.

But, now it’s finally complete and I’m satisfied with the new look and minimalistic way of navigating through the posts, as well as the new homepage. So I wanted to thank you for your patience and I’d love it if you took a look around in your free time ❤

What do you think of the new look? Do you have any recommendations for future renovations?

This blog has been up for a while now. Yet I’ve been a very sporadic poster over the years and I apologize for that. That brings me to some news about myself, Andge.

Last but not least…

I’m bringing in an old friend of mine who loves books as much as myself (and reads faster than I do, might I add). I will let him introduce himself in his first post but I am very excited to have him on board.

Together, we hope to bring out some more interesting and fun posts to share with you, as well as be more heavily involved with the blogging community.

Any ideas/types of posts you want to see more of on this blog?

Brand new things are on the horizon for us and I can’t wait to get started!

If you’ve been following my blog in the last year, you may have seen my review of The Last Magician by Lisa Maxwell.

No? Well, how about the fact that it topped my list of favourite books of 2017?

If you haven’t heard of this book yet, that’s all right. We can quickly remedy that. Here’s a quick recap of my previous review on this blog about the wonders of this novel. 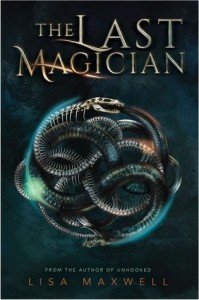 Stop the Magician. Steal the book. Save the future.

In modern-day New York, magic is all but extinct. The remaining few who have an affinity for magic—the Mageus—live in the shadows, hiding who they are. Any Mageus who enters Manhattan becomes trapped by the Brink, a dark energy barrier that confines them to the island. Crossing it means losing their power—and often their lives.

Esta is a talented thief, and she’s been raised to steal magical artifacts from the sinister Order that created the Brink. With her innate ability to manipulate time, Esta can pilfer from the past, collecting these artifacts before the Order even realizes she’s there. And all of Esta’s training has been for one final job: traveling back to 1902 to steal an ancient book containing the secrets of the Order—and the Brink—before the Magician can destroy it and doom the Mageus to a hopeless future.

But Old New York is a dangerous world ruled by ruthless gangs and secret societies, a world where the very air crackles with magic. Nothing is as it seems, including the Magician himself. And for Esta to save her future, she may have to betray everyone in the past.

If you want action, excitement, mystery, intrigue and plot twists, then The Last Magician is completely for you!

First off, I need to say that Lisa Maxwell is absolutely phenomenal in her storytelling. I fell in love with this 1900s version of New York and I never wanted to leave it. It’s so very hard to write a good historical fantasy that stays true to the time and location that was chosen. I absolutely loved this, and felt completely immersed in this land as much as Esta did.

Mystery and intrigue are high up there as we follow Esta back to the past to stop this elusive man known only as The Magician from destroying a book of magic that held secrets to protecting all those born with magical abilities in the future. What a tall order that was, but this girl was courageous – if not a bit too reckless at times. She was an amazing protagonist to follow as she navigated a world that wasn’t completely her own yet felt somewhat familiar at the same time.

If that wasn’t enough, the pacing of the book always felt just right. Yes, it could get a little slower in some places, but this gave room for introducing new characters and building relationships. Although a good romance is always forefront on my mind whenever I read a book, I enjoyed the friendships made along the way in this past time. And the book wasn’t completely devoid of romance!

The Magician, as it turns out, was no other than Harte Darrigan, an intriguing guy to follow in the book as well. Although it wasn’t always clear what his intentions and plans were, he’s a character that you can totally put your faith in and support no matter how sketchy others may have viewed him at times. And his chemistry with Esta was tangible, especially when they were at odds with each other. No matter that she’s supposedly his enemy and would have to betray him at some point to get the book, there was so much anticipation for what could be between them. And let me just say, it was enough to satisfy, although I honestly can’t wait for book 2 to come out already.

Even if none of the above has gotten your heart pumping by now, how about this? At the heart of the story, it’s a complicated con and heist that the crew Esta joins would need to pull off in order to steal from the horrendous Order that is hunting all magical people. Who doesn’t love a good villain, first of all? What’s better than some elusive and secretive group chasing the good guys? Honestly, this book HAS IT ALL.

Whether you’re looking for romance, action, suspense, plot twists, good world building or character development, The Last Magician really does have it all . It’s been a long time since I felt this way for a new author, but this feeling Lisa Maxwell induced in me is akin to reading some of Cassandra Clare, J.K. Rowling and Julie Kagawa’s books. No matter what you love more, or if you aren’t the biggest fan of historical books, trust me, you have GOT to give this a try.

It just may change your entire perspective. Or engulf a good portion of your time as you escape into New York, 1902.

Overall Recommendation:
Words are no match to the strong feelings that The Last Magician has invoked in me. Full of intrigue, suspense, action, character development and romance, Esta’s mission into the past to steal back a book that could save other magical people is both daring and more complex than it initially seems. Along the way, you’ll fall in love with the people she meets there, from a magical crew who becomes like family and a certain Magician who is more than meets the eye. And if not the people, you’ll come to love New York as it was in 1902, with magic as normal as your average person. Lisa Maxwell has created a world that I fell completely into and never wanted to leave. Book 2 is on my most anticipated list for 2018!

And now that it’s 2018? Good news abounds because book 2 now officially has a name and a scheduled release date!

That’s right, folks. The Devil’s Thief is here on October 9! 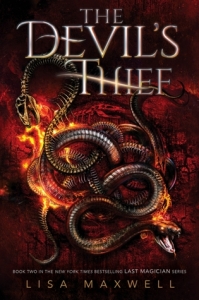 You can find out more information on Lisa Maxwell’s website at http://www.thelastmagician.com and get in on the latest news about this amazing series that has captured my heart (and $$ from giving so many copies to friends and customers at the store!).

Until its arrival in stores, you will be seeing more updates, news and fun things about this series here on Down the Rabbit Hole. Stay tuned! And don’t forget to check it out 🙂

Hey you Witchlanders! This is for you. For a limited time only, Truthwitch by Susan Dennard is for FREE as an ebook. 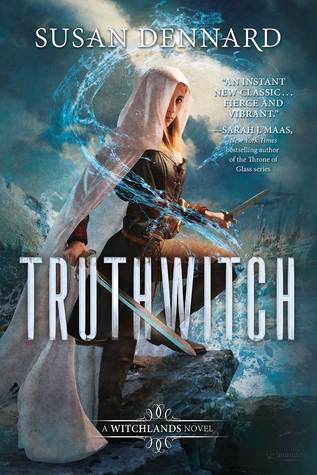 You can become the proud owner of an ebook version TODAY by following these simple rules.

Go to http://ebookclub.torteen.comtoday only, December 13 from 12AM to 11:59PM EST and sign up for the Tor Teen newsletter.It’s as simple as that!

Don’t miss out on this absolute steal! And if you’re hesitant about getting a book that you haven’t read (even though it’s completely free and what’s the harm really), you can check out my review on the book here.