A bit late but better now than never, right? I hope you all had a great 2017 year and that the new one has started off well! To kick off 2018, I’m giving you my top 5 favourites from last year and the top 5 books I most look forward to reading 🙂 Let’s see how many are similarly on YOUR list.

I absolutely adore Cinderella (Disney version, of course, since the Grimm’s Brothers were just a bit TOO grim for me) – whether it be the movie or any retelling based on the story. Having a sci-fi geeky version was like a dream come true. There’ve been some retellings in the past set in some contemporary world that just didn’t live up to expectations so I was nervous going into Geekerella, but I was pleasantly surprised. If you haven’t read this book yet, I very much encourage you to!

Very rarely do I love the middle and final book more than the initial book in a series, but Katie McGarry has a way of hooking me further into her stories as she goes along. Although I didn’t have the greatest opinion on Nowhere but Here, the following books far surpassed my expectations and I adored these badass biker guys who found girls who loved them for who they were but encouraged them to be the best that they could be at the same time. If you haven’t read any of Katie’s books before, honestly, you need to run to a store now and get your hands on one. She’s one of my go-to contemporary novelists and I would automatically read anything she writes these days. No matter if biker dudes aren’t really my thing.

I don’t even know if I have to say anything about these books. Come on, it’s Cassandra Clare. While I admit I didn’t love her first series that propelled her to fame and fandom, I recognize her amazing talent in writing stories that immerses the readers wholly while maintaining a pace that never bores. I adored her second series, and so it’s no surprise that I love The Dark Artifices series as well. Plus, forbidden love between badass partners who can kick butt? Where do I automatically sign up? It’s like it has my name written on it in invisible ink.

I’m not the hugest fan of contemporaries but Kasie West is one of my only contemporary authors that is on auto-buy. The interactions between her characters and the very realistic situations they face are easy to read with heartwarming messages as they learn to become more of who they are meant to be. I’m picky when it comes to contemporaries, but she has never disappointed me yet, especially with her latest release that just came out at the very end of 2017. It is SO worth it to go out and find one of these bad boys and pick it up for a quiet weekend/weeknight evening of reading. TRUST ME.

1) The Last Magician by Lisa Maxwell

Just because this was one of the very last books that I finished in 2017 doesn’t mean that’s why it’s at the very top of my list. Yes, it’s been on my mind since I’ve finished but the book was honestly a very solid historical fantasy that had my heart racing in ways that very few books have elicited from me lately. I adore a good fantasy filled with action, magic and loveable characters, but placed in a some world that completely engulfs me like I AM one of these characters is a sure mark of an excellent author. I don’t know what makes YOUR heart race like this, but this is what makes me happy so yes, The Last Magician has stolen my heart and very well deserves the top spot of my 2017 list.

5) The Fates Divide by Veronica Roth 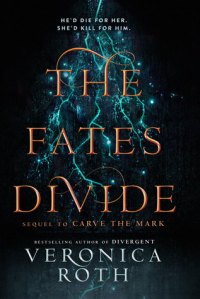 In the second book of the Carve the Mark duology, globally bestselling Divergent author Veronica Roth reveals how Cyra and Akos fulfill their fates. The Fates Divide is a richly imagined tale of hope and resilience told in four stunning perspectives.

Fate brought them together. Now it will divide them.

The lives of Cyra Noavek and Akos Kereseth are ruled by their fates, spoken by the oracles at their births. The fates, once determined, are inescapable.

Akos is in love with Cyra, in spite of his fate: He will die in service to Cyra’s family. And when Cyra’s father, Lazmet Noavek—a soulless tyrant, thought to be dead—reclaims the Shotet throne, Akos believes his end is closer than ever.

As Lazmet ignites a barbaric war, Cyra and Akos are desperate to stop him at any cost. For Cyra, that could mean taking the life of the man who may—or may not—be her father. For Akos, it could mean giving his own. In a stunning twist, the two will discover how fate defines their lives in ways most unexpected.

Honestly, after what happened in Carve the Mark, I wanted a bit more to the story. I wasn’t as impressed by book 1 as I had initially hoped, but after all this time, I am really geared up for what’s to happen in book 2 (that would hopefully by far surpass the slowness in book 1 preparing for this). April 2018, you better come sooner! 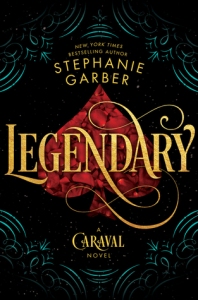 The sequel to the New York Times bestselling and #1 IndieNext Pick Caraval, following Scarlett’s younger sister, Tella, on a journey to the empire’s capital to fulfill a dangerous bargain.

This year’s Caraval has concluded. Tella is alive—and safe, to her older sister’s relief. But Tella has secrets she has been keeping from Scarlett. Secrets like what Tella promised in exchange for the sisters’ invitations to Caraval in the first place. Secrets about the person to whom these promises were made. And secrets about Julian, the Caraval player who won Scarlett’s heart.

Afraid of revealing the truth to the person who loves her most, Tella runs away to Valenda, the capital of the Empire, to find the mysterious correspondent whom Tella owes. But in the nights leading up to Elantine’s Day, a cross between a masquerade ball, a jubilee, and Caraval, no one is to be trusted . . .

I have no idea how any of you can stand the longer than a year wait for book 2 since Caraval. I loved Scarlett and Julian together, but I’m very excited to see a bit more into Tella’s secrets that started it all. And I sure hope there’s only better things in store for Julian and Scarlett or I may very well implode with frustrated impatience. Stephanie Garber has taken us all by storm with her debut novel and May 2018 can’t honestly come soon enough! 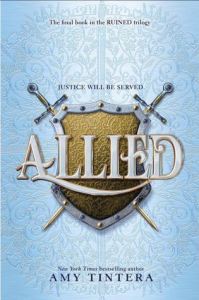 In the final book in the New York Times bestselling Ruined series, the romance of The Selection and the epic stakes of Red Queen come together in a story of revenge, adventure, and unexpected love.

Emelina Flores and her sister, Olivia, were determined to bring peace to the people of Ruina. But as the war for liberation raged on, what triumph and freedom meant to Em and Olivia slowly changed. As Olivia’s violence and thirst for vengeance became her only ambition, Em was left to pick up the pieces.

But it’s not only Em who is upset by Olivia’s increased violence. Other members of the Ruined army are beginning to see the cracks, and soon a small group of them defects from Olivia’s army and joins Em instead. The two sisters are soon pitted against each other in an epic battle for the kingdom and the future, and only one will win.

I was so saddened to hear that Amy won’t be giving out ARCs for this final novel in the Ruined series! I don’t know why all the amazing books always come out in May, but I need time to speed up so I can get my hands on this novel. Aside from pitting sisters against each other (quite a common theme post-Kendare Blake), I am dying for resolution for Em and Cas since day 1. I don’t know about you, but I’m a sucker for romantic tensions that keep apart people who love each other. Ugh, totally dying here waiting for May 2018 to arrive. I need this book to LIVE up to my expectations.

2) Queen of Air and Darkness by Cassandra Clare 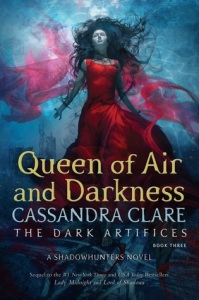 Dark secrets and forbidden love threaten the very survival of the Shadowhunters in Cassandra Clare’s Queen of Air and Darkness, the final novel in the #1 New York Times and USA TODAY bestselling The Dark Artifices trilogy.

What if damnation is the price of true love?

Innocent blood has been spilled on the steps of the Council Hall, the sacred stronghold of the Shadowhunters. In the wake of the tragic death of Livia Blackthorn, the Clave teeters on the brink of civil war. One fragment of the Blackthorn family flees to Los Angeles, seeking to discover the source of the blight that is destroying the race of warlocks. Meanwhile, Julian and Emma take desperate measures to put their forbidden love aside and undertake a perilous mission to Faerie to retrieve the Black Volume of the Dead. What they find in the Courts is a secret that may tear the Shadow World asunder and open a dark path into a future they could never have imagined. Caught in a race against time, Emma and Julian must save the world of Shadowhunters before the deadly power of the parabatai curse destroys them and everyone they love.

Forbidden romance, anyone? I was terrified that it was only a joke that this book went up for its publication date as it once said 2019. Like, 2019?? That’s WAYYY too far off to have to wait for this conclusion. I absolutely need this book right now. And you can never go wrong with Cassandra’s books in this beautiful world she’s created beneath our very own. The Dark Artifices series has only lived up to the hype these books have been given after all these years. Is it wrong to hope that December 2018 isn’t too far off either? I mean, we’ve just made it into the year 2018 but the struggle is real. 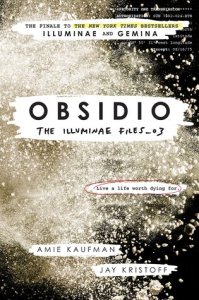 Kady, Ezra, Hanna, and Nik narrowly escaped with their lives from the attacks on Heimdall station and now find themselves crammed with 2,000 refugees on the container ship, Mao. With the jump station destroyed and their resources scarce, the only option is to return to Kerenza—but who knows what they’ll find seven months after the invasion?

Meanwhile, Kady’s cousin, Asha, survived the initial BeiTech assault and has joined Kerenza’s ragtag underground resistance. When Rhys—an old flame from Asha’s past—reappears on Kerenza, the two find themselves on opposite sides of the conflict.

With time running out, a final battle will be waged on land and in space, heros will fall, and hearts will be broken.

I’m scared from reading this synopsis, but I want this. Badly. It’s been over a year since Gemina and I’m ready for this high-octane space adventure to come to its explosive conclusion. I need resolution for these characters! And as my most-anticipated book of the year, it’s thankfully coming out earlier than the rest in March 2018. I am positive it’ll live up to my expectations and more. Obsidio, I am waiting for you. No pressure or anything.