Come on, right? I just had to pit the book and the movie together, especially after the huge amount of hype that came out when it popped up on Netflix in August.

It’s no secret that I’m a huge Jenny Han fan. I was fortunate enough to have met her in person, but few actually know that this book is the direct cause for this whole blog. I absolutely ADORED this book so of course I watched the movie on the very first day that it came out. 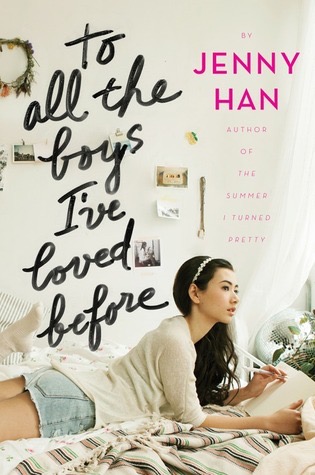 But first things first, a little dive into the synopsis (for those of you who have absolutely no idea what this book is about).

To All the Boys I’ve Loved Before is the story of Lara Jean, who has never openly admitted her crushes, but instead wrote each boy a letter about how she felt, sealed it, and hid it in a box under her bed. But one day Lara Jean discovers that somehow her secret box of letters has been mailed, causing all her crushes from her past to confront her about the letters: her first kiss, the boy from summer camp, even her sister’s ex-boyfriend, Josh. As she learns to deal with her past loves face to face, Lara Jean discovers that something good may come out of these letters after all.

All right, who doesn’t love a cute little synopsis like that? I mean, I even got some of my male friends to watch it with me so that really says something.

Below, I’m going to list out some of the things I loved and didn’t love about both the book and the movie. Pitting them together, which one would win out?

Pros for the book:

Cons for the book:

Pros for the movie:

Cons for the movie:

As the credits were rolling and I was sitting there wondering what just happened, I must admit that I didn’t love the movie as much as I had hoped. My friends (who never read the book before) liked it well enough but there was something in me that just wasn’t satisfied. A cameo of Jenny Han was wonderful, and the chemistry between the leads Lana Condor (Lara Jean) and Noah Centineo (Peter Kavinsky) was tangible, yet my heart wished it was longer and developed a couple things more that the book did really well.

I may be the odd person who can’t say they LOVED the movie, but to me, To All the Boys I’ve Loved Before as the book wins. Granted, not much could really displace the love I have for this novel in its own very special place in my heart.

If you want to know just how I felt for this book, check out my review for it as well!

So what do you think? If you watched the movie and read the book, which one did you think was better? Or were they tied as they both did amazing in different ways for the same story?

In the midst of so many book-based movies coming out in the last while, I’m trying a new segment on my blog that pits these movies with their books. Who comes out the winner on top?

This month’s BOOK vs MOVIE is Lauren Oliver’s Before I Fall. Note: this post does not provide any major spoilers for those who have not read the book or seen the movie in case you wish to do so in the future.

For popular high school senior Samantha Kingston, February 12—”Cupid Day”—should be one big party, a day of valentines and roses and the privileges that come with being at the top of the social pyramid. And it is…until she dies in a terrible accident that night.

However, she still wakes up the next morning. In fact, Sam lives the last day of her life seven times, until she realizes that by making even the slightest changes, she may hold more power than she ever imagined.

Named to numerous state reading lists, this novel was also recognized as a Best Book of the Year by Amazon.com, Barnes & Noble, The Daily Beast, NPR, and Publishers Weekly. It has been optioned for film by Fox 2000 Pictures.

Pros for the book:

Pros for the movie:

Cons for the book:

Cons for the movie:

I thought the movie overall followed the book well enough (and it shouldn’t be surprising if author Lauren Oliver was given room to help produce this movie). The tidbits into emotional depth and further character development in Sam would be hard to achieve on screen no matter what kind of movie as that’s the beauty of a book – the first hand experience of the protagonist’s experiences.

However, there is clearly still a winner in this. And that of course goes to the BOOK.

I recommend you read it, especially if you’ve watched the movie. For a full review on the book, you can find that here.

Feel free to comment below on your thoughts/opinions on the book or the movie! Are you a fan of Zoey Deutch as I am?